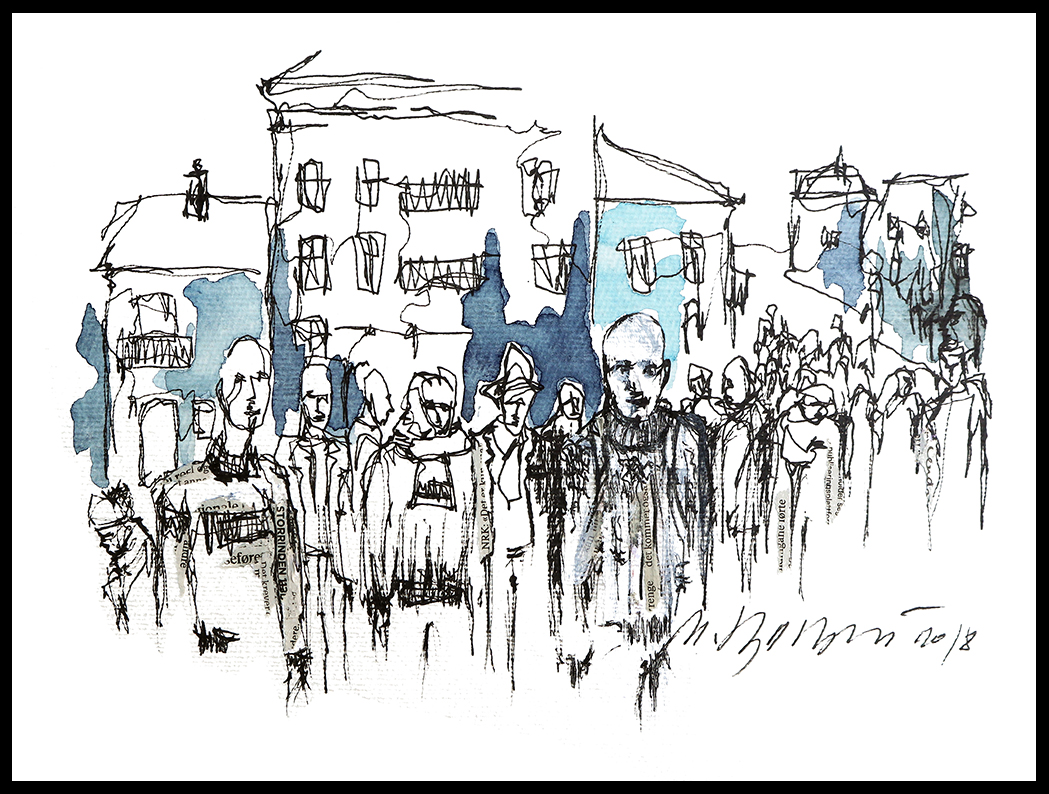 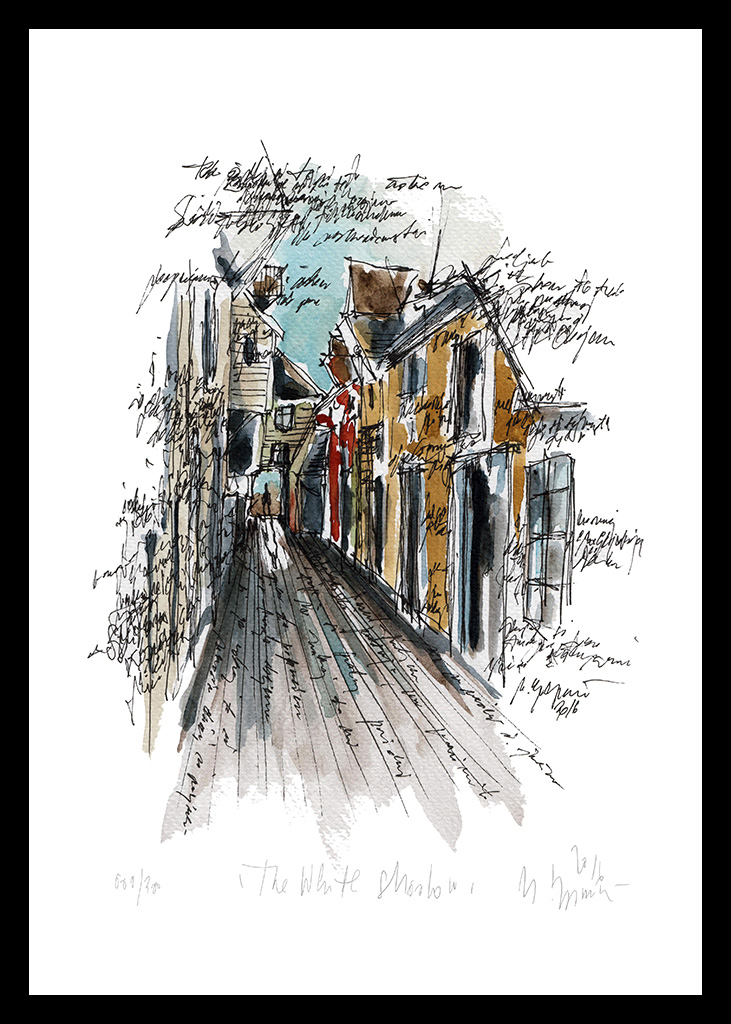 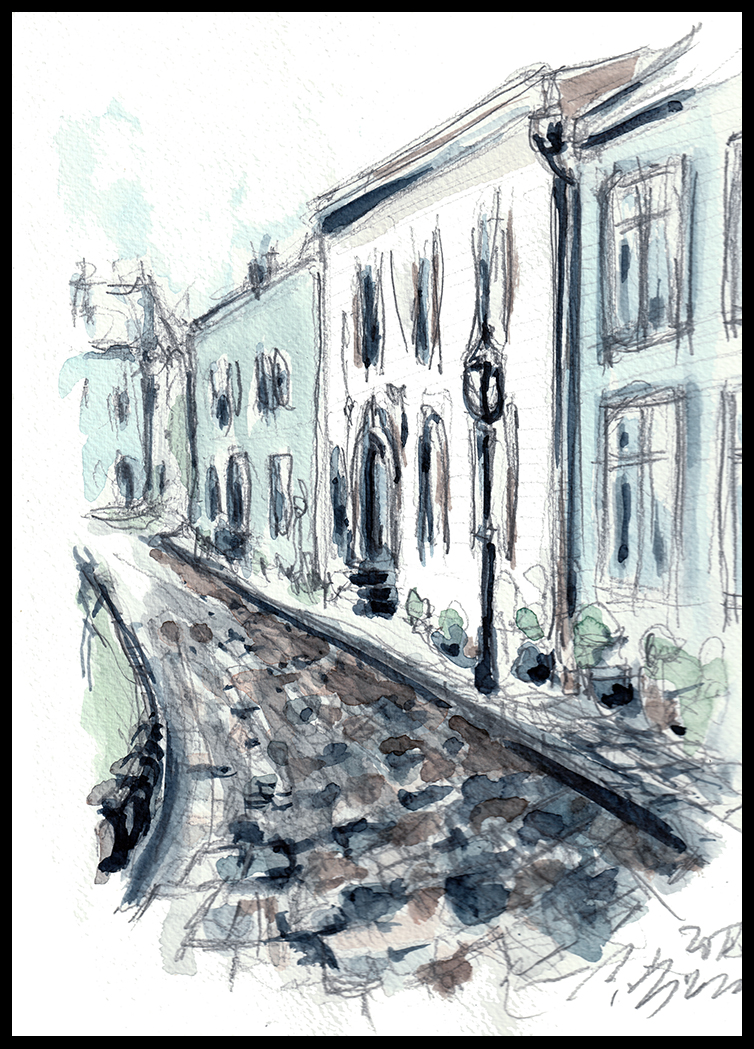 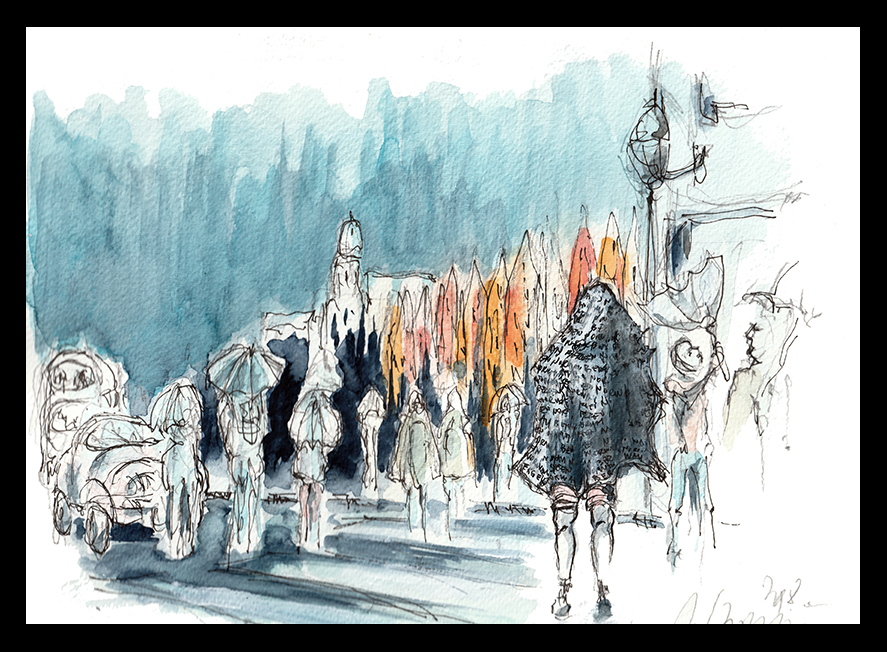 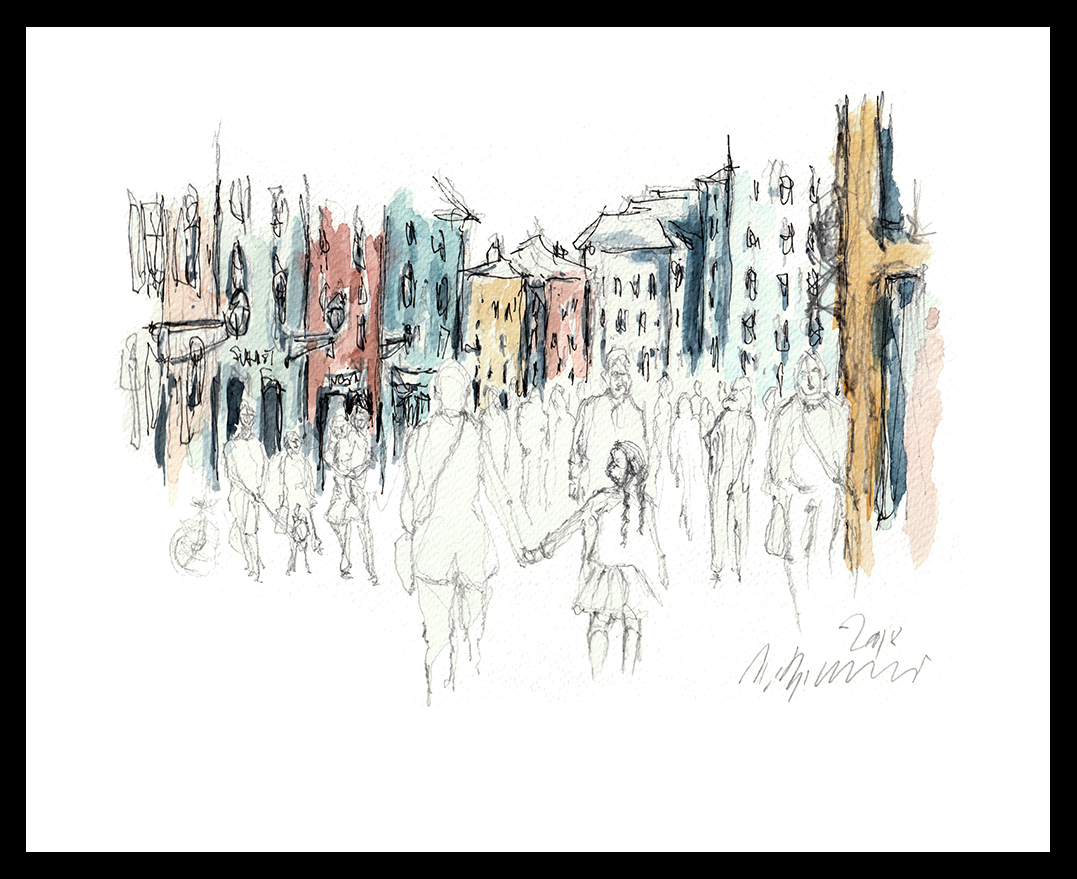 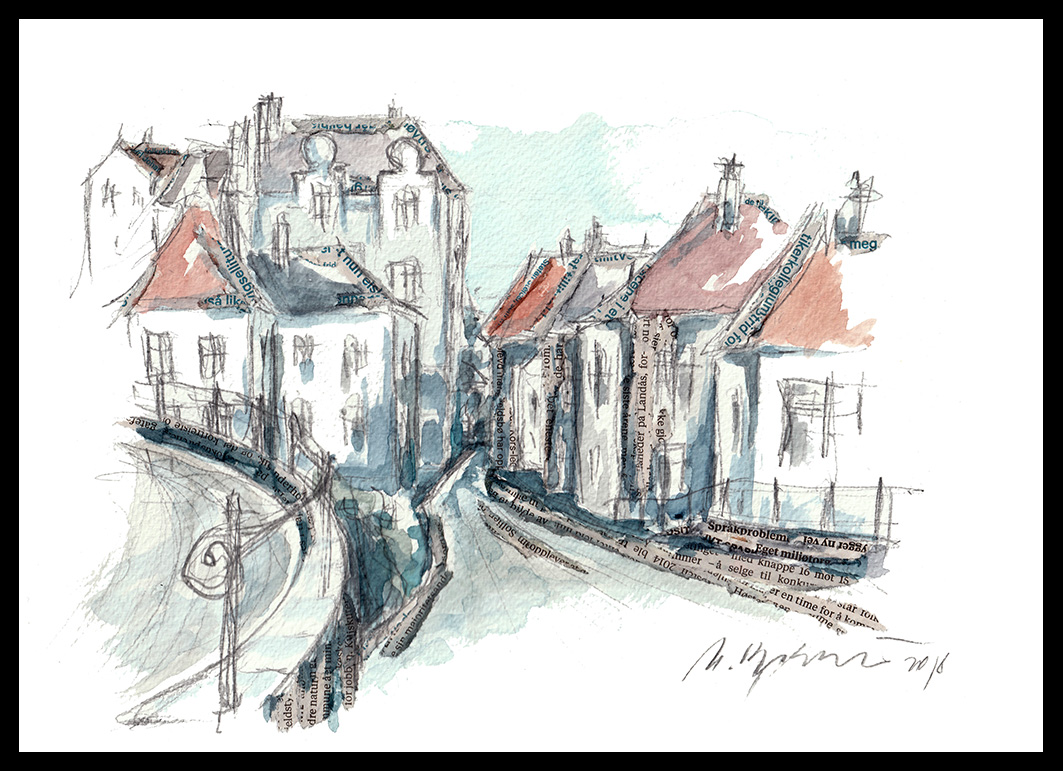 “Architecture has always been part of my interests, and I often visit some towns partly just for the buildings themselves … However, as an artist, I’m particularly touched by the city in which I live, which I admire, and let inspire me time and again. In art pieces from the ‘My City’ series you’ll see precisely this theme. I’ve dedicated one of my galleries to it, where artworks from this series predominate.

A stroll through the city often ends up with a scribble, a sketch, a drawing, or sometimes a photograph, serving as a basis for some later painting … sometimes the subject is a hidden treasure of the town, at other times it’s a widely known district or street, while at still other times it may be something that only I myself have felt and seen. In all those cases this is ‘my city’.”

As I’ve already written in the text above, architecture has been part of me and my interests since always … How could it not have, with all its dynamics and beauty; it’s as fascinating as any other work of art can be – one more and one less, but it deserves our attention.

And thus houses, buildings, cities and towns also appear in my work, because they are fascinating like any other subject turning up on a painting surface is. If you feel what you paint, people will certainly sense and notice this.